In the 1950s and 1960s missionaries visited the Swiss branch of the UNITED SUDAN MISSION (VSM) the Bible schools and various communities in Germany.

Then in 1963  the first German missionaries traveled with the VSM in the pioneering work of proclaiming the Gospel, as a teachers at a newly established Bible School and in the medical work in northern Cameroon. and for their support a supporting group was created in Germany as e.V.

From this group emerged in 1980 in association with a mission that worked in Chad, the UNITED KAMERUN- and CHAD MISSION e.V. (VKTM).

Over the years God gave about 30 missionaries, first in Cameroon, then in Chad and later in Nigeria, Rwanda and Guinea. The office was then in Remshalden–Geradstetten.

End of the 80’s the partnership was created with TEAM (The Evangelical Alliance Mission) and MPFST–France,and later with AMI (Action Missionnaire International), in Chad.

Between 1993 and 1996 the Mission central office was build, God allowed it to happen with a donation of a piece of land to build on in Kirchheim/Teck-Nabern, which came from a friend of the mission, in addition to all the support from individuals and communities.

The beginning of the partnership with SAM (Swiss Aliance Mission) in Guinea, and AP (Action Partners) in Nigeria and also with MCWA (Medical Centers of West Africa) in Cameroon

A beneficial cooperation emerged in 2011 in the dual training of employees with the Bible Study Group (BSK) in Ostfildern–Scharnhäuser Park.

VIA integrated into SAM.

The VKTM changes its name to SAHEL LIFE e.V.
SAHEL LIFE is a full member of the WAW (Württembergische Evang. Association for World Mission).

Beginning of cooperation with CONVERGE WORLDWIDE in central Cameroon. 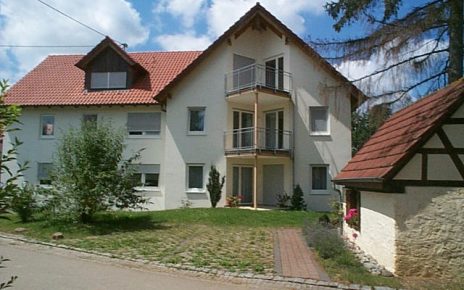